The Episcopal Church in Navajoland encompasses parts of Utah, New Mexico, and Arizona, and is unified by the Navajo language and culture. In recent years, the Episcopal Church in Navajoland has been flourishing. Churches have been restored, an Episcopal hospital is being rebuilt, and new clergy have been ordained. The Children and Youth of St. George’s, energized by stories they have heard about Navajoland, wanted to find a way to get involved. “It’s inspiring how the Navajo people are growing in Christ,” said AnneMarie Iorio, St. George’s Children and Youth Ministries Director. “And to have built themselves up to where they have their own pastors now is exciting!”

The Children and Youth of St. George’s holds fundraisers each year in order to support various ministries. The group heard about the Hogan Project, an initiative of the Episcopal Church in Navajoland to create new Hogans, structures that serve as educational and sacred spaces, and they were motivated to contribute. The young people held bake sales and raffles in order to raise funds. Altogether they raised $1000 for the Hogan Project.

“It’s a great example of how helping give a step up so that people can help themselves works wonderfully,” said Iorio. “The help [Navajoland] receives enables them to strengthen their area, their work, and their mission.” 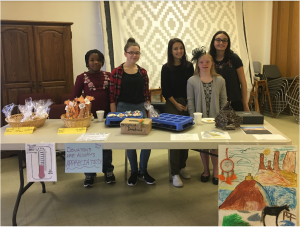 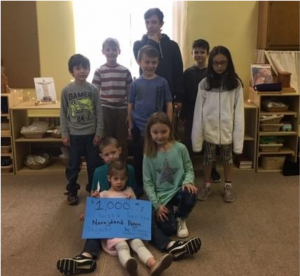